Seven emphasizes the truth that the dignity and rights of women are essential to every culture around the globe.
AudioFile Magazine

Seven women give voice to the voiceless. Seven is a documentary play created with the support of Vital Voices Global Partnership and is a collaboration between the playwrights and seven female activists from around the globe, telling inspiring stories of overcoming adversity to effect real change and improve the lives of women. 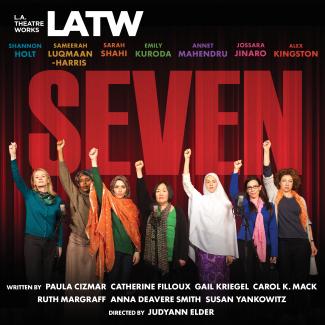