Herman Wouk's acclaimed WWII psychological courtroom drama was the sensation of 1954. The play portrays a mutiny of naval officers aboard the U.S.S. Caine. Their suspicions concerning their captain's sanity lead to their rebellion and a subsequent court-martial.

Recorded before a live audience at the Skirball Cultural Center, Los Angeles in June of 2001. 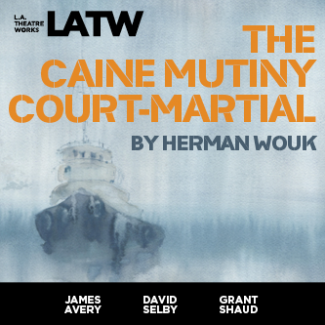