Park Your Car in Harvard Yard

Jacob Brackish, the toughest, meanest teacher ever to set foot in Gloucester High School is dying at home. His advertisement for a housekeeper to look after him during his final years is answered by a mousy 40-year-old named Kathleen, a woman Jacob has forgotten he flunked years before. Judith Ivey and Jason Robards recreate the roles they originated on Broadway in Israel Horovitz’s humorous and moving play.

Recorded before a live audience at the Guest Quarters Suite Hotel, Santa Monica in April of 1993. 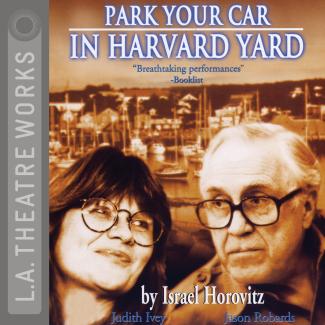