A dark Biblical tale of hubris, lust, and self-destruction, written in the inimitable voice of Oscar Wilde. The beautiful Salomé is King Herod’s stepdaughter, who helps her mother Herodias exact a gruesome revenge on the prophet John the Baptist. Wilde originally wrote this powerful one-act tragedy in French, and the play was so controversial that no theatre in England would produce it for nearly four decades.

Recorded in Los Angeles before a live audience at The James Bridges Theater, UCLA in January of 2014. 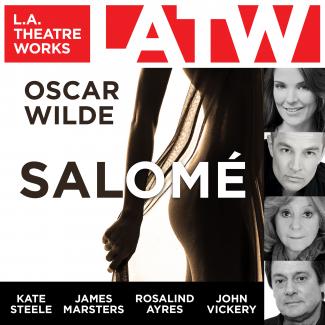