In Real Life finds Charlayne Woodard pursuing her dreams in New York City. From her early days as a struggling actor to being nominated for a Tony Award, the harsh realities of Broadway are balanced by the unusual and comforting characters that touched her life. In Real Life  is the third of four one-woman shows by Woodard—including Pretty Fire, Neat, and The Night Watcher.

Recorded before a live audience at the Skirball Cultural Center, Los Angeles in February of 2003. 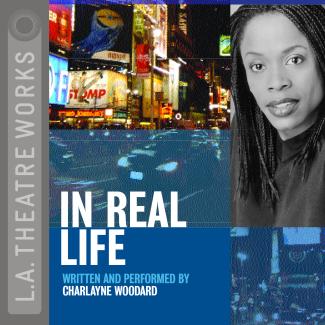