A beautiful play about life and family.
Amazon Customer Review

It’s Christmas 1980, and inside a sprawling Upper West Side apartment, Faye Bascov is about to throw an opulent Christmas dinner—a tradition for this secular, well-educated Jewish family. But any family gathering is an invitation for old resentments to boil over, as Faye’s sister-in-law Julie and the extended family have plenty to hash out. Flash-forward to 2000, and the apartment, now much shabbier, reflects how the family’s fortunes have changed, and the Bascovs now have to reckon with the legacy of their family discord.

Recorded in Los Angeles before a live audience at The James Bridges Theater, UCLA in November of 2016. 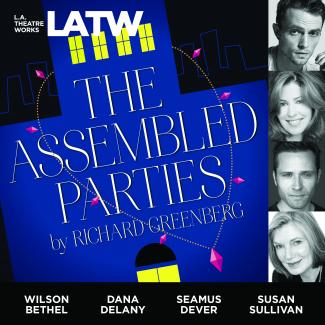