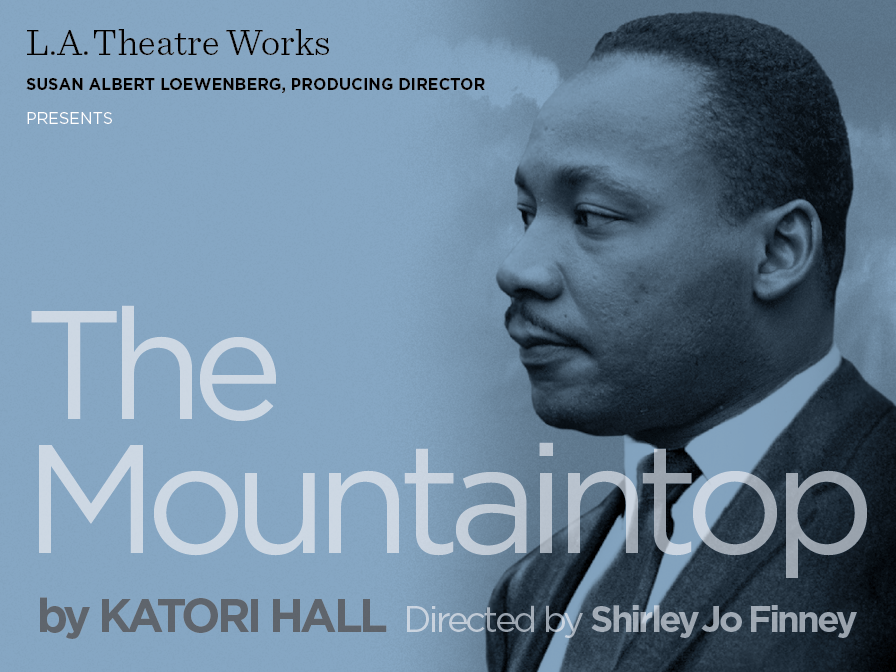 On the evening of April 4, 1968, Martin Luther King Jr. was assassinated outside room 306 of The Lorraine Motel in Memphis. What happened inside room 306 the night before the killing is a mystery. In her internationally acclaimed play, The Mountaintop, playwright Katori Hall fantasizes what may have transpired in the overnight hours between the legendary civil rights leader and a seemingly inconsequential hotel maid.

Winner of the prestigious Olivier Award for Best New Play, The Mountaintop is rife with humor and political jabs, while giving us a glimpse at the human side of Martin Luther King Jr. Hours after his famed final speech, punctuated by the immortal line, "I've been to the mountaintop," the celebrated Reverend reveals his hopes, regrets, and fears, creating a masterful bridge between mortality and immortality. In 2018, America and the world marks the 50th anniversary of the death of Martin Luther King Jr., yet, struggles to resolve racial tension remain a challenge for communities everywhere.