The artist Mark Rothko has just hired Ken, an aspiring artist, to be his assistant—and errand boy. Ken discovers that Rothko’s temper can run hot; but as he gets to know his boss better, he finds that Rothko has opened him up to more than just painting. A 2010 Tony® Award-winner for Best Play.

Includes an interview with Dr. David Anfam, who has written a number of highly-regarded works about modern art, including Mark Rothko: The Works on Canvas, a monumental catalogue raisonné of Rothko’s canvas work, which won the 2000 Mitchell Prize for the History of Art.

Recorded in Los Angeles before a live audience at The James Bridges Theater, UCLA in March of 2013. 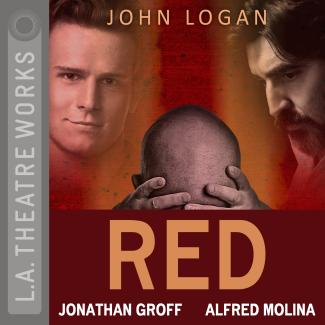