reasons to be pretty

What does it mean to be pretty? Do you really need someone to validate your appearance? Neil LaBute tackles our obsession with physical beauty head-on in a work nominated for multiple Tony® and Drama Desk Awards. Our production, directed by the playwright, includes original Broadway cast member Thomas Sadoski, whose acclaimed performance also earned a Tony® nomination.

Includes a backstage conversation with Neil LaBute and the cast.

Recorded in Los Angeles before a live audience at The James Bridges Theater, UCLA in September of 2013. 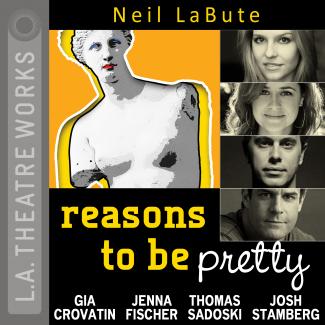