Juliana Smithton is a successful neurologist whose life seems to be coming unhinged. But, piece by piece, a mystery unfolds as fact blurs with fiction, past collides with present, and the elusive truth about Juliana boils to the surface.

Includes an interview with Dr. Mario Mendez of the Early Onset Dementia and Neurobehavior Program at UCLA.

Recorded before a live audience at the UCLA James Bridges Theater in March 2014.

The Other Place is part of L.A. Theatre Works’ Relativity Series featuring science-themed plays. Major funding for the Relativity Series is provided by the Alfred P. Sloan Foundation, to enhance public understanding of science and technology in the modern world. 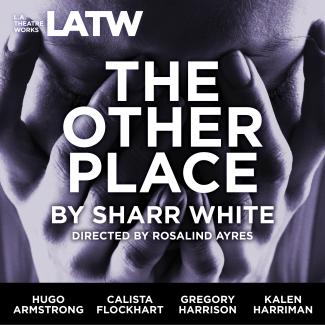