Supreme Court Justice Antonin Scalia believed that the United States Constitution is the most reliable source for a fair interpretation of the law as it is applied today. He was, in other words, an “originalist”. But aren’t the laws written over 200 years ago subject to interpretation—or even guesswork? Edward Gero stars as the late Justice Scalia in John Strand’s insightful look at Scalia’s life and legal philosophy.

Includes a post-show discussion about Antonin Scalia with Nina Totenberg, NPR’s Legal Affairs Correspondent; Tara Kole, an entertainment attorney who clerked for Justice Scalia; and John Bash, an Assistant to the Solicitor General at the United States Department of Justice.

Recorded before a live audience at the Arena Stage, Washington D.C. in June of 2016. 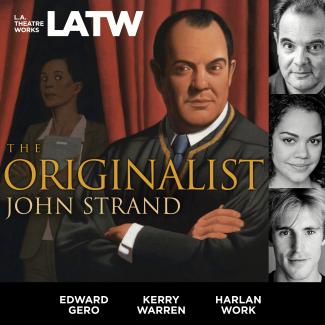