The Scopes Trial, over the right to teach evolution in public schools, reaffirmed the importance of intellectual freedom as codified in the Bill of Rights. The trial, in a small-town Tennessee courtroom in 1925, set the stage for ongoing debates over the separation of Church and State in a democratic society—debates that continue to this day. Peter Goodchild used transcripts from the trial to create this intense docudrama.

Recorded in Cambridge, Massachusetts before a live audience at the Institute of Politics at the John F. Kennedy School of Government, Harvard University in April of 2007.

The Great Tennessee Monkey Trial is part of L.A. Theatre Works’ Relativity Series featuring science-themed plays. Lead funding for the Relativity Series is provided by the Alfred P. Sloan Foundation, bridging science and the arts in the modern world. 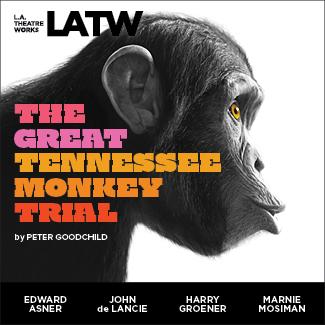