As the Japanese battleship Yamato steams towards the island of Okinawa in the closing months of World War II, a naval officer on board makes an unexpected discovery among the stores of rice, leeks and pickled radishes. A child has stowed away there, hoping to return to her mother on Okinawa. His reluctant decision to protect her prompts a voyage of inner discovery and stirs emotions as deep as the seas that threaten to swallow his “unsinkable” ship. Adapted by Ichiko Flynn & Robert Solomon

Recorded live in performance at the Doubletree Guest Suites, Santa Monica in July 1995. 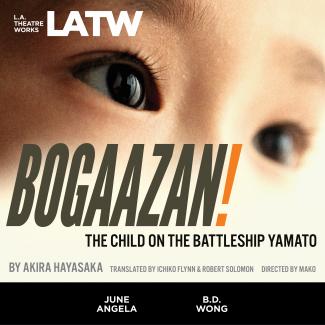