After the Fall  Miller drew on his own life to tell the story of Quentin, who's haunted by a disastrous affair with a needy sex symbol - a character said to be based on Marilyn Monroe.

All My Sons Julie Harris stars in Miller’s classic about a prosperous family with tragic secrets.

Broken Glass Set in 1938, Sylvia Gellburg mysteriously loses her ability to walk after hearing about Kristallnacht in Nazi Germany.

The Crucible Stacy Keach and Richard Dreyfuss lead an all-star cast in Miller’s searing play about witchcraft that famously mirrors the anti-Communist hysteria that held the United States in its grip.

Death of a Salesman Willy Loman (Stacy Keach) is the iconic traveling salesman, whose family is torn apart by his desperate obsession with greatness.

Incident at Vichy   In Nazi-occupied France, nine men are detained under a shadowy pretext and face a terrifying fate.

The Price Two long estranged brothers reunite as they sell off an attic full of furniture, their last link to a family and a world that no longer exist.

The Ride Down Mt. Morgan Brian Cox stars as Lyman Felt, who’s managed to keep his two wives unaware of each other's existence until they meet in Lyman’s hospital room.

A View from the Bridge Longshoreman Eddie Carbone’s devotion to his niece Catherine turns into a dangerous obsession. 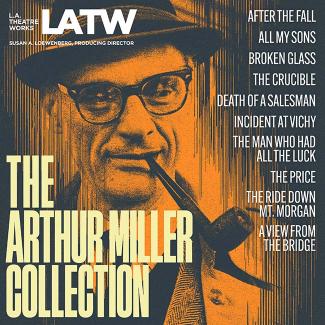