In this wild satire, Mexican immigrant Juan José has a feverish dream while studying for his American citizenship exam. He meets a parade of characters ranging from Sacagawea to Teddy Roosevelt to Jackie Robinson, who take him on a mind-bending, hilarious, and poignant trip through American history.

Recorded in Los Angeles before a live audience at The James Bridges Theater, UCLA in May of 2014. 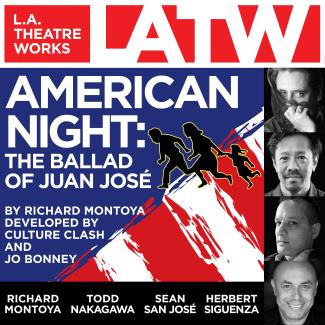