Now Available on CD or MP3

We congratulate actor Matthew Rhys on the release of his new feature film, A Beautiful Day in the Neighborhood with Tom Hanks. Listen to our friend and colleague Matthew in these three outstanding LATW recordings. 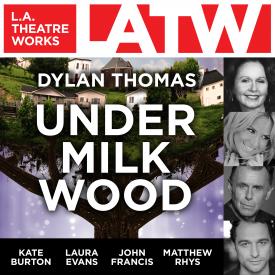 Matthew Rhys and Kate Burton headline a Welsh and Welsh-American cast celebrating the centenary of Dylan Thomas’ birth in a performance of his timeless “play for voices.” With characters such as Captain Cat, Polly Garter, and Nogood Boyo, Thomas brings to life the inhabitants of the fictional town of Llareggub in funny, poignant, and poetic detail. Original Music by Ceiri Torjussen.

Recorded in Los Angeles before a live audience at The James Bridges Theater, UCLA in September 2014. 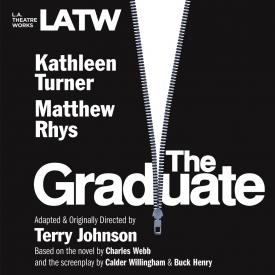 A fresh-faced college grad returns home, diploma in hand, to seek an answer to that age old question: “Now what?” Lacking any clear career path, he falls prey to the original “cougar,” the predatory Mrs. Robinson, wife of his father’s business partner. But it’s Mrs. Robinson’s daughter who captures his heart. An American classic adapted for the stage by Terry Johnson, based on the novel by Charles Webb and the screenplay by Calder Willingham and Buck Henry.

Recorded before a live audience at the Skirball Cultural Center, Los Angeles in December 2010. 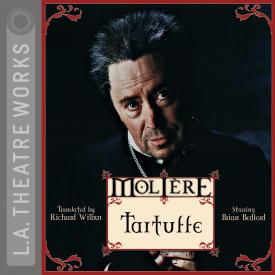 Initially banned in France by King Louis XIV, Molière’s celebrated social satire Tartuffe exposes hypocrisy in the Catholic Church. When a pious fraud worms his way into a wealthy family and manipulates the patriarch into giving up his fortune, it’s up to his family to expose the truth before they end up in the poorhouse! Translated by Richard Wilbur. Lead funding for Tartuffe was made possible with support from the Sidney E. Frank Foundation.

Recorded at The Invisible Studios, West Hollywood, in June 2010.