New shows launch every week in Los Angeles, and around the world.

Listen to our National Broadcast Series on KPFK 90.7 in Southern California and on our Station Affiliates in more than 50 U.S. and international markets — or stream our latest radio shows below.

Check your local listings for showtimes. 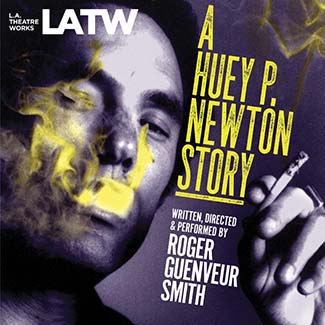 In his brilliantly-imagined, Obie Award-winning show, Roger Guenveur Smith explores the life of the controversial Black Panther leader Huey P. Newton through a series of improvisations based on his own words and writings. Biography, satire, and socio-political commentary blend within a landscape of fantastic sound design to create a provocative, surreal and always surprising portrait of the complex times in which he lived. Original music by Marc Thompson.

When Count Dracula arrives in London, the city is helpless against his power and only one man, Dr. Van Helsing, can stop the carnage.

Becket, or the Honour of God

Waiting to be punished for his part in Becket's murder, King Henry II re-lives his close friendship with his fellow reveler turned saint.

The Murder on the Links

In Christie’s clever and beautifully crafted tale, Detective Hercule Poirot receives an urgent letter from Paul Renauld summoning him to France. Upon their arrival, Poirot and his companion, Arthur Hastings, find they are too late.

As the invasion of Grenada begins, Senator Eddie Bowman finds himself at odds with a foreign-policy specialist, a speechwriter, and his own son.

The biggest Baptist church in the country's aging leader is reluctant to relinquish his job to the younger, charismatic pastor, Jerry Mears.

Based on National Book Award-winner Joyce Carol Oates' novella about the Chappaquiddick scandal, this tragic and beautiful opera enthralls as a handsome senator uses his power to enchant, seduce, and carelessly destroy.

A play about love and math between gun-shy young scientists. Just how does a computer scientist romance a molecular biologist?

Barefoot in the Park

A brand-new lawyer and his bride have returned from their honeymoon and are moving into a new apartment. Once there, they find the place is bare of furniture, the paint job is wrong, the skylight leaks and wacky neighbors keep popping up.

The Lion in Winter